Photographing on Public Lands, Do I Need a Permit?

Posted by Admin in Insight

Public Law 106-206… to establish a fee system for commercial filming activities on Federal land, and for other purposes.

Have you ever wondered if you need a permit to photograph in a National Park or National Forest? I'm Greg Probst, the Chair of APA Northwest, and the law in question started as a draft policy that I wrote for the National Park Service (NPS) back in 1988 while I was a photographer/ranger at Grand Canyon National Park.  So let me offer an explanation of the law, give you a little inside info on how it all came to be, and guide you in the right direction.

Public Law 106-206 concerns photography on public lands such as those administered by the Dept. of Agriculture (think National Forest) and the Dept. of the Interior (think the National Park Service and the Bureau of Land Management - BLM) and on the surface it looks pretty straightforward.

However at the time, each NPS location superintendent or site manager was allowed to write their own permit and charge whatever fee they wanted (most either said no thanks, or allowed the use but didn’t charge a fee at all).  Then, the NPS Western Regional office in San Francisco started having a problem with too many requests to use the Presidio as either a movie/tv location or to use for tv commercials, and they didn’t yet have a standard use policy.

So, to standardize requests the Regional Office wanted to create a single policy for all the parks in the West. That headquarters office knew I was a professional photographer and contacted me through my superintendent to ask if I could write a draft for the much needed “photography use policy”.

Who Needs a Permit?

First and foremost, the policy had to incorporate the needs of the general public, the National Park Service, and those who wanted to film for commercial usage on NPS land.  It needed to be fair to everyone and justifiable to the career bureaucrats.  To do so, I included what we called the Ma and Pa Kettle clause stating that anyone can make any picture for any reason as long as:

The policy continues on by distinguishing that photographers who ARE on assignment (those being compensated in any way), must contact the site superintendent or manager beforehand to obtain a permit stating where and when they want to work and for how long.

The site superintendent has the authorization to require an insurance bond for the value of any potential damage as well as a fee to cover the cost of a park ranger to supervise the location.

However, stock photographers fall under the Ma and Pa Kettle clause since they aren’t initially being paid to photograph there (they hope to get paid only later for the images they make), and generally don’t have assistants and off-camera lighting that “commercial” photographers do. The term “commercial” came down to the common definition of anyone who is being compensated to make images while on the public land.

So much for the boring background!  Public Law 106-206 of the 106th Congress, May 26th, 2000 made the NPS policy into a public law and added a few items as it now also incorporates land administered by the Dept. of Agriculture.

For the most part, the spirit of the old policy still lives on today. Anyone can still walk around and make pictures as long as they are in a publicly accessible area, using minimal equipment, aren’t disrupting others, and aren’t off-trail (going off-trail will still get you into trouble so don’t do it).  However, if your client asks you to take models or a product to a national park or forest as part of the project, then it’s best to contact a ranger for a permit ruling beforehand.

How Do I Get a Permit?

If you think your project may require a permit, or you're just not sure, start by contacting the office of the superintendent (NPS) or district ranger (Forest Service) for the location you're hoping to photograph in, and inquire about a film permit.  You will probably be passed on to the superintendent’s or manager’s office to obtain your permit and to schedule your shoot, but more often than not this is an easy process.

They will ask for specifics of when and where you want to do your shoot and for how long you plan to be there so you’ll need to have already scouted the location.  They will probably want to see your proof of insurance, just like any other property owner, and you will probably have to write a description detailing how big your crew is and what the purpose of the job is. If your project is something simple like a portrait then it’ll be a quick thumbs-up or thumbs-down answer.

But if you’re bringing in a movie set, it’ll be a bit more complicated.  Either way, asking about a permit and having one where necessary will demonstrate you are a professional and have covered your bases.  To get started, see the Commercial Filming and Still Photography page on the NPS website.

Reading the page and a half of the law makes it sound simple and straight forward but remember there is a lot of discretion given to the site managers as to how to handle each request, so don’t expect the same answer from one location as you received from another.  Just plan ahead, ask lots of questions, and get your answers and permits in writing.

I wish you the best of luck with your ongoing projects. 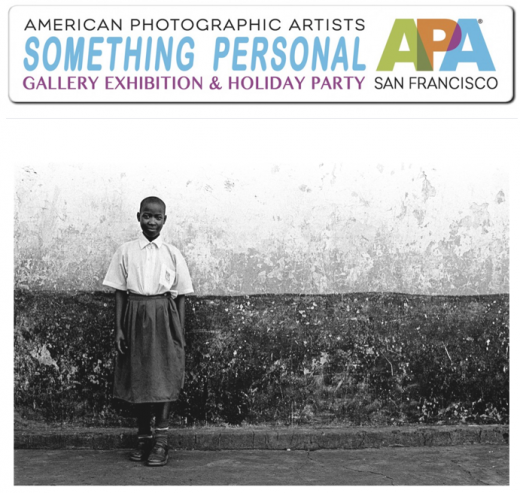 The Judges' top 200 selections are now in the Online Gallery!

Tips for Protecting Your Work

Know your rights. Take a few minutes to read the Terms Of Service for wherever you choose to post your work, then decide.